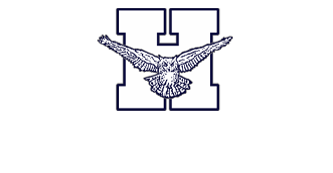 Social Distance at Board Meetings

Note to Public of Board Meeting:

The agenda can be found here: https://meetings.boardbook.org/Public/Organization/640

Hondo ISD Board of Trustees

The Hondo Independent School District is governed by a seven-member Board of Trustees that is responsible for adopting policy, employing and evaluating the superintendent, approving the budget and capital improvement plans, and setting the tax rate.  As the district's elected leaders, Trustees are charged with making decisions they believe to be in the best interests of all HISD children.

The Hondo ISD Board of Trustees regular meetings are usually held on the third Monday of each month at the HISD Central Administration Office Board Room (2604 Ave E, Hondo) beginning at 6:00 pm unless scheduled otherwise.

Agenda items are posted at the HISD Administration Office at least 72 hours prior to each meeting and on the HISD website. Citizens are invited to attend board meetings and may address the board during public forum which is included at all regular monthly meetings.  Concerns or complaints regarding specific individuals should not be raised in public forum; they must be considered separately according to applicable board policies.  Each participant will be limited to three minutes to make comments to the Board.  Any group of five or more persons must appoint one person to present the group's views to the Board. The Board is not permitted to discuss or act upon any issues that are not posted on the agenda at the meeting.  The Board has adopted complaint policies that are designed to secure, at the lowest possible administrative level, a prompt and equitable resolution of complaints and concerns.  Each of these processes provides that, if a resolution cannot be achieved administratively, the person may appeal the administrative decision to the Board as a properly posted agenda item.

To view Hondo ISD Board of Trustee Meeting Agendas and Minutes, please use the following link:

For information on the Hondo ISD School Board Policy, please use the following link:

The Board of Trustees code of ethics can be found at Policy BBF (Local).

The Hondo Independent School District Board of Trustees consists of seven members, two elected at large and five elected from single-member districts, serving terms of three years, with elections held annually. School Board elections for the District are on the May uniform election date.

The Secretary of State Office provides important election dates for the May Uniform Election here. https://www.sos.state.tx.us/elections/voter/important-election-dates.shtml#2021

Additional election information can also be found at the Secretary of State Election Department. http://www.sos.state.tx.us/elections/

In 2005, the Texas Legislature enacted House Bill 914, adding Chapter 176 to the Local Government Code.  This imposed new disclosure and reporting obligations on vendors and potential vendors to local government entities beginning on January 1, 2006.  This includes school districts.   The new law requires school board members and superintendents to file conflicts disclosure statements revealing certain relationships they may have with vendors doing business or seeking to do business with their school districts.  It also mandates that trustees and superintendents report certain gifts received from current vendors and those seeking to become vendors.   The Texas Ethics Commission adopted Forms CIS (for local government officers) and CIQ (for vendors) pursuant to HB 914.  The Texas Ethics Commission does NOT have jurisdiction to interpret or enforce Chapter 176 of the Government Code, and these forms are NOT filed with the commission.

Vendors are required to file a Conflict of Interest Questionnaire with the District if a relationship exists between the vendor's company and an officer of the District. Vendors are encouraged to review and become familiar with all disclosure requirements of Texas Local Government Code, Chapter 176.

Disclosure is required from vendors regarding each affiliation or business relationship between the vendor and:

Forms must be filed:

Completed conflict disclosure statements filed by Board of Trustees and Superintendent